Please sign the petition to support the reopening of the railway to Wisbech. 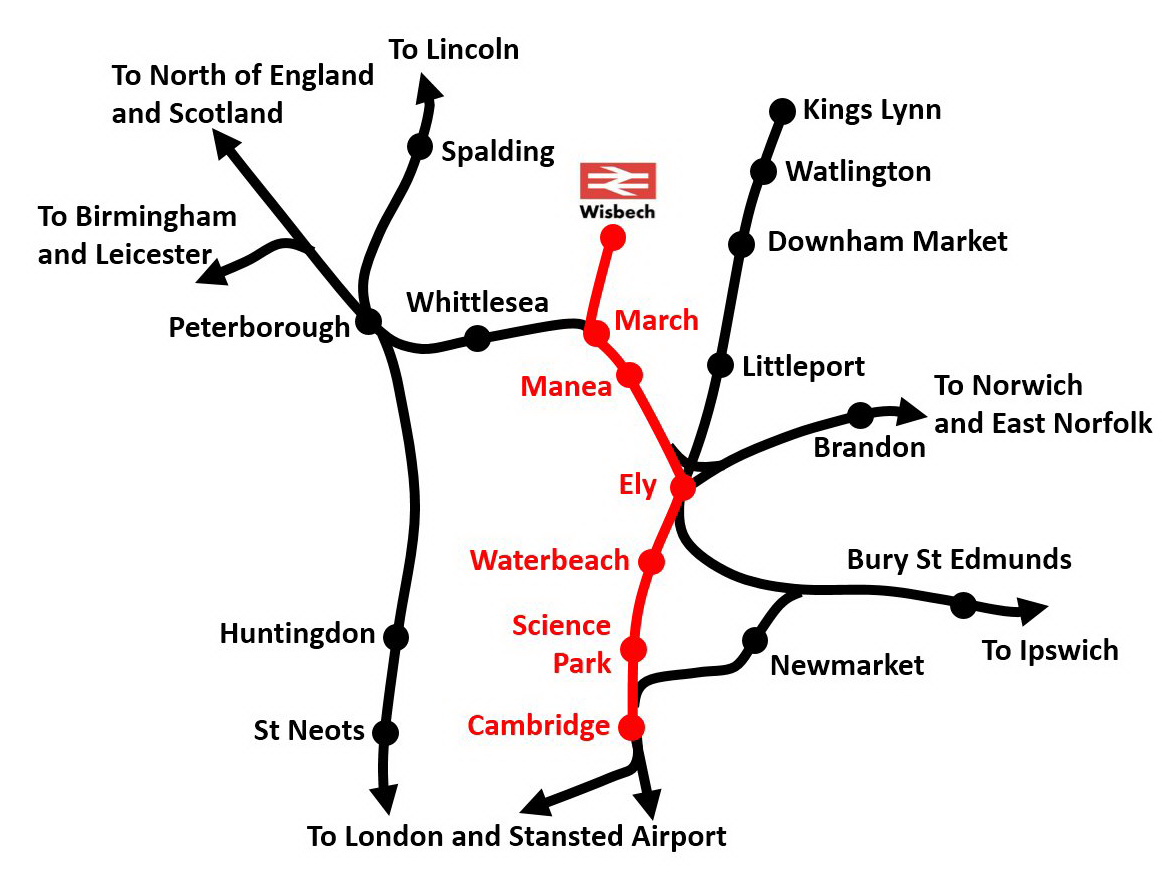 Wisbech and surrounding area is relatively impoverished. Unemployment is high compared with the south of Cambridgeshire. Services such as health and education, have below average outcomes. The perception is that the town has visibly stagnated both socially and economically since the railway closed in  1968. The town and surrounding area have a population of around 31,000, one of the largest in the country without local access to a railway station.

Why build a new rail link?

The number of passengers travelling by train has been growing for many years; improved train services, concern over rising fuel prices and road traffic congestion have contributed to this. In some parts of the country former railway lines have been re-opened and have been a great success, both in terms of the numbers using the new services but also in the economic stimulus they have provided to the local area. Some examples are given below:

Although using the old railway as a heritage route has been suggested, a proper railway as part of the national network will bring far wider benefits in terms of jobs and access to the region.

Could Wisbech be next?

Rail passenger services to Wisbech ended in 1968. The line continued to be used for freight services until the 1990s. The majority of the track is still in place, although it would need to be replaced to allow new trains to run. Existing level crossings would need to upgraded to modern standards. As it is highly desirable to have a new station as close to the town centre as possible a method of crossing the A47 would have to be developed.

A direct train service to Cambridge is proposed with a journey time of around 40 minutes, much faster than a car journey or existing bus service. Trains would call at March, Ely and the new station at the Cambridge Science Park. Such a service would improve access to jobs and education and help connect Fenland with the rest of Cambridgeshire. Passengers would be able to connect with other train services to London, other centres in East Anglia, the Midlands and the North West.

What is happening now?

Wisbech Town Council support the rail re-opening . Cambridgeshire County Council are carrying out feasibility studies into the rail scheme. The first part of the study, looking at operating costs and likely usage will report early in 2013. A second item of work will look at the costs of re-opening including the location of the new station in Wisbech and how to cross the A47. This will report later in 2013.

If there is a good business case, it is possible that the rail reopening could be included within the one of the new rail franchises serving the area when this is let in a few years time.

To learn more about the reopening scheme click here.

Railfuture is asking for all those that agree with the rail reopening to sign our petition: