The Railway from Wisbech to March; who will deliver it? 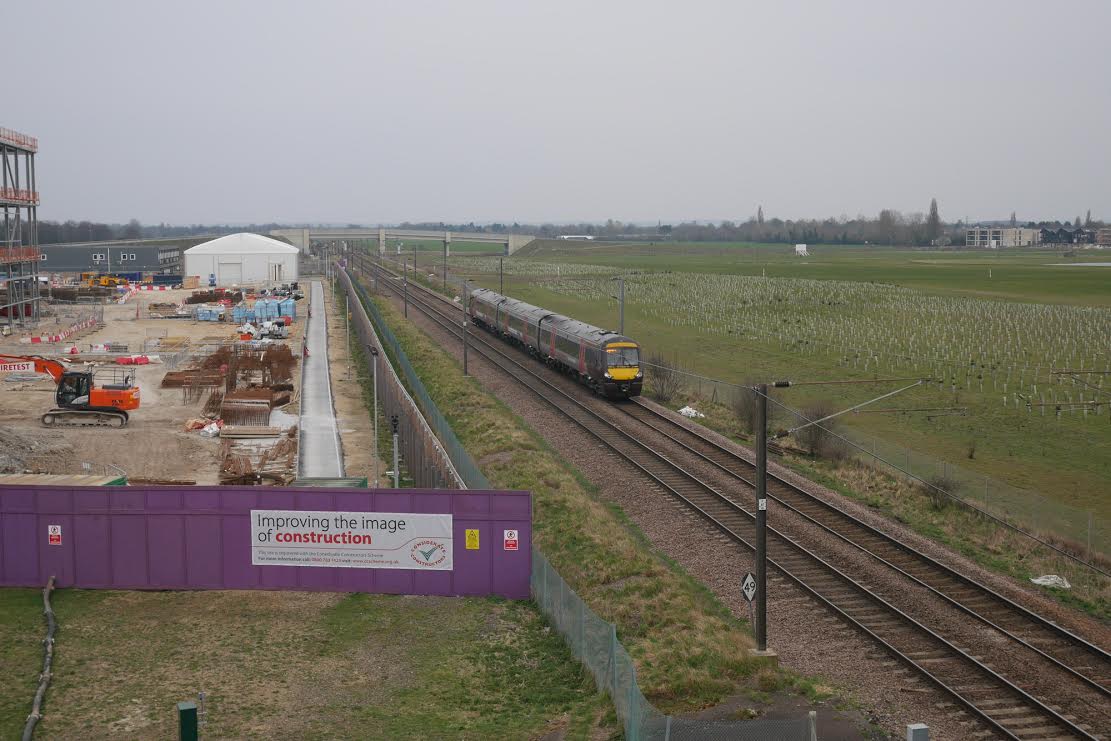 Site of the proposed new station at Addenbrooke’s in Cambridge

The WisbechRail reopening project has been progressing for a relatively short time. It started when the Association of Train Operating Companies issued a report called Connecting Communities. This listed every significant community of 15000 people and over in the UK that did not have a railway station and ways in which they could be linked to the national network. Wisbech is on that list; indeed with a population of over 30000 the town is one of the largest in the country without a station. With a mothballed railway already leading into the heart of the town, the project should be one of the simpler one to achieve success with.

So far WisbechRail has been a project that has been developed by Cambridgeshire County Council (County Council’s are one of the few organisations apart from the devolved governments, the Department for Transport and Network Rail that are allowed to develop rail projects).
To enable the Council to go forward the project had to be adopted by its Local Transport Plan 3, a legal document. After that the people of Wisbech and district signed a petition in great numbers organised by Railfuture members who delivered a leaflet to each house in the district.
In 2014 the petition, that expressed the desire of many thousands of people in Wisbech to have a railway reconnection to the national network, was formally delivered to the full County Council. Since then the County Council and its consultants have exhaustively studied the project with the conclusion that the project is viable with a good business case.

In the meantime the project has gathered support from the Member of Parliament for NE Cambridge Mr Steve Barclay, all other local authorities as expressed through the “Wisbech 2020” project, Cambridge City Council and the Greater Cambridge Greater Peterborough Local Enterprise Partnership.

The business case is that the railway will deliver great benefits to the Wisbech economy and that by providing a service directly to Cambridge it will hugely benefit the economy of that city too, along with Ely and March. March has just one overcrowded service to Cambridge an hour. The extra two trains an hour the business case for the Wisbech line is predicated on will give March a massive lift in capacity towards Cambridge.

The next step towards the reopening could become clear with the announcement of the East Anglia Railway franchise winning bid in mid-June. The three companies in the competition for the East Anglia Railway franchise are Abellio, First Group and National Express. The process is long and exhaustive. All the three bid teams met Railfuture East Anglia, the local authorities and Wisbech 2020. Informal word back from the bid teams is that case they heard for reinstating the railway to Wisbech is impressive, and there is scope in the bidding process to embrace projects such as this reopening.

We expect the shortage trains will be addressed with the franchisee announcing a new and larger fleet. If the trend being set by other franchises in the country, these could well include “bi-modes”. These are trains that can draw electrical power from overhead electric wires where they exist say between Cambridge and Ely and use under-carriage Diesel engines where there are no wires say between Ely March and Wisbech, hence “bi-mode”.

In the mean time the new Cambridge North station, serving the massive north Cambridge hi tech business area, is due to open in May next year (2017). It is well under construction. A second new station in Cambridge will soon be approved. This will serve the equally vast bio-medical research centres around Addenbrookes Hospital. Wisbech could be just 35/40 minutes by train from Cambridge North, 3 minutes longer from Cambridge Central and just 2 more from Cambridge Bio-Medical-Addenbrookes station!
Additionally Network Rail will soon start resignalling the railway from Ely through to March Whittlesea and Peterborough. This will allow an increase in line speeds and the state of the art signal system will allow more trains to be operated. However, the very real problem of dealing with remodelling of Ely North Junction to allow more capacity has yet to be addressed.

The cost of the Wisbech project is said to be in the region of £70m-£100m, a lot more than originally expected. However these figures do include a government imposed ‘contingency’ which can be up to 60%. The project does now include double tracking all the way to Wisbech and reinstatement of disused platforms at March. These are sensible provisions as a single track section would be operationally a hazard in that it could cause increased delays and cancellations right across the network. The network is now incredibly busy in a way not envisaged even when the project first began. The Kings Lynn – Ely railway has long single line sections that cause delays all the way to London when the timetable is perturbed.

Recently there has been a flurry of activity based on the realisation in government of what the railway can achieve even before it is built, hence the new town proposals. It has been made clear that the railway will go ahead without the new town but the new town cannot go ahead without the railway. Lessons have been learned about how the velocity and volume attributes of the railway together with its absolute safety, cannot be matched by other modes.
Government Minister Mr Greg Clark visited Wisbech on March 30th and went on a somewhat spectacular walkabout of the town.
This is how the local press reported some of his comments:

Local Government Secretary of State Greg Clark pledged on a visit to Wisbech today that support for garden town status and the prospect of re-opening the rail line to March did not depend on Cambridgeshire signing up to the Chancellor’s devolution deal.

He was asked whether Wisbech deserved to be regarded as a special case for the Government and was it fair for local councils and the MP to press for that outcome.
“Every place is unique and part of my approach is to get to know places and to recognise the issues,” he said. “You need to understand them to do something about them.”
And he argued that people should see the rail link “as an investment not as a special favour to Wisbech. It is an opportunity to invest in the prosperity of our country”.
Mr Clark said he very much hoped the current feasibility study and underwritten by the local growth funding “will be positive”.
On the prospect for the rail re-opening, he said the link to March would “make more jobs available, a greater choice of jobs, higher paid jobs, and would help people who may want to work in Cambridge to live in Wisbech.”
Newcomers would bring “vitality and spending power” to the area and create investment opportunities.

A little earlier this year the Transport Minister the Rt Hon Patrick McLoughlin spoke to a conference in London about the Government’s commitment to expanding the railway. Here is an extract of his speech, with its reference to Wisbech. The full speech can found at the DfT website.

…….“Working, too, with powerful city regions that can take the responsibility of shaping their transport systems far more effectively than Whitehall ever could.

That’s the way, for instance, that we have seen a reversal of some of the Beeching cuts.

Finding ways to bring trains back to towns that should never have lost them and whose growth requires them.

Like the Chase Line project did for Rugeley, Cannock and Hednesford.

Or for places such as Tavistock and Wisbech, which have well-advanced plans.”

This entry was posted in Uncategorized. Bookmark the permalink.